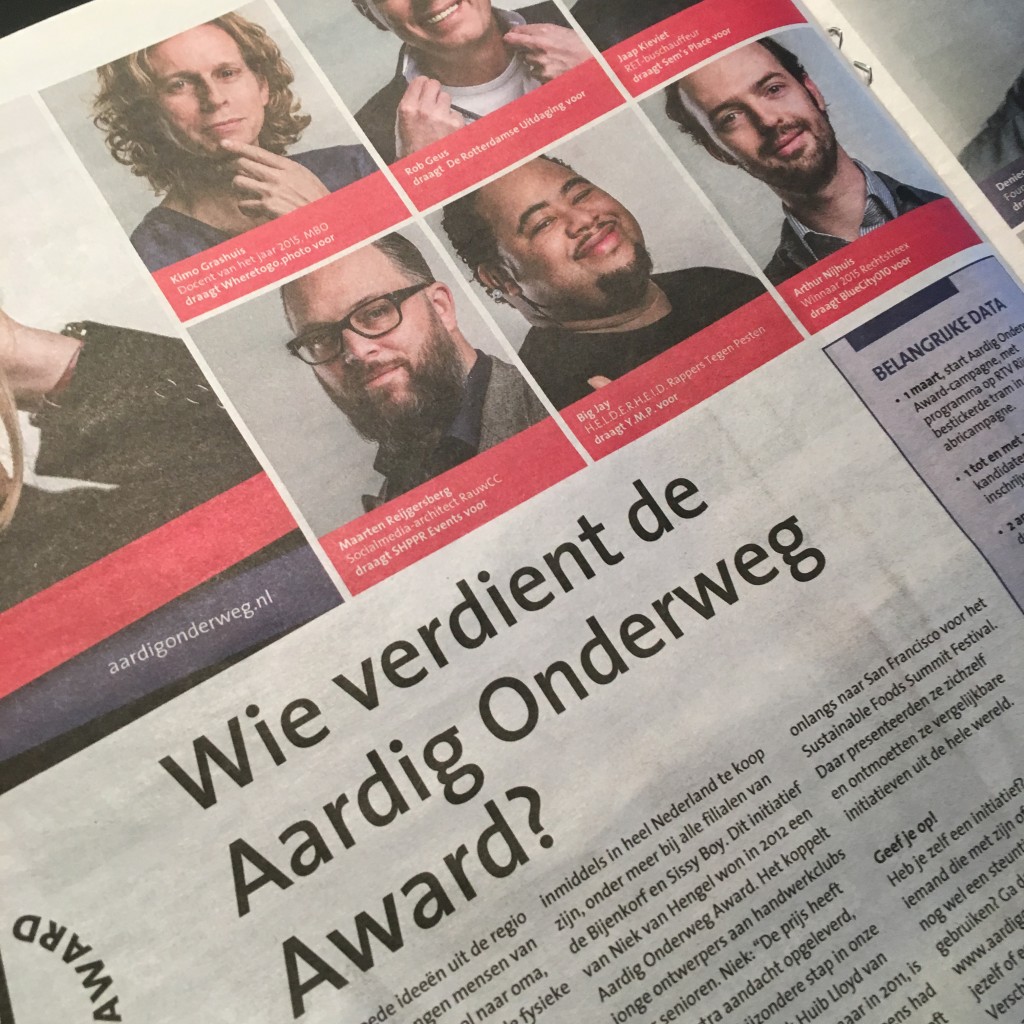 We met Kimo Grashuis during #gopost010 where he told us he would nominate us for the aardig onderweg award. Even though he told us we were very surprised to find our name in the newspaper.

Four weeks later we learned we made it through the first selection and would be doing a 1 minute pitch at the luxor theatre together with  24 selectees. Filled with joy we met up and created our pitch, which we did in our usual teamwork based style. We even had time to memorize it, which proved useful in calming our nerves.

On an early Saturday morning we gathered at the New Luxor Theatre and were already networking before the doors even opened. After signing in we were greeted by a TV crew for a quick interview.

A few cups of coffee later the theatre opened and the host gave a quick speech on how it would work. As we were in the second round for pitching we started in the theatre listening to our fellow pitchers.

When the second round came we left the room and prepared to go on stage ourselves. After another quick TV interview we went on stage and Diana shined during our pitch. The jury had a few questions, as they had with all candidates, and we left the stage with a good feeling.

Lunch followed after the second round, we had some people coming up telling us how impressed they were and some photographers even gave us the max score!

After lunch the last 2 rounds of pitches went a bit faster, but we were amazed about the high level of all pitches during the day. So many worthy causes and good stories, so when the jury at the end of the day didn’t choose us we were not even disappointed.

All in all, we are very proud to have made it to this round, made a few new connections, we were able to present ourselves to a broader audience, and we had a good day.

TV Rijnmond was filming during the pitch day, it was broadcasted the 21th of April.